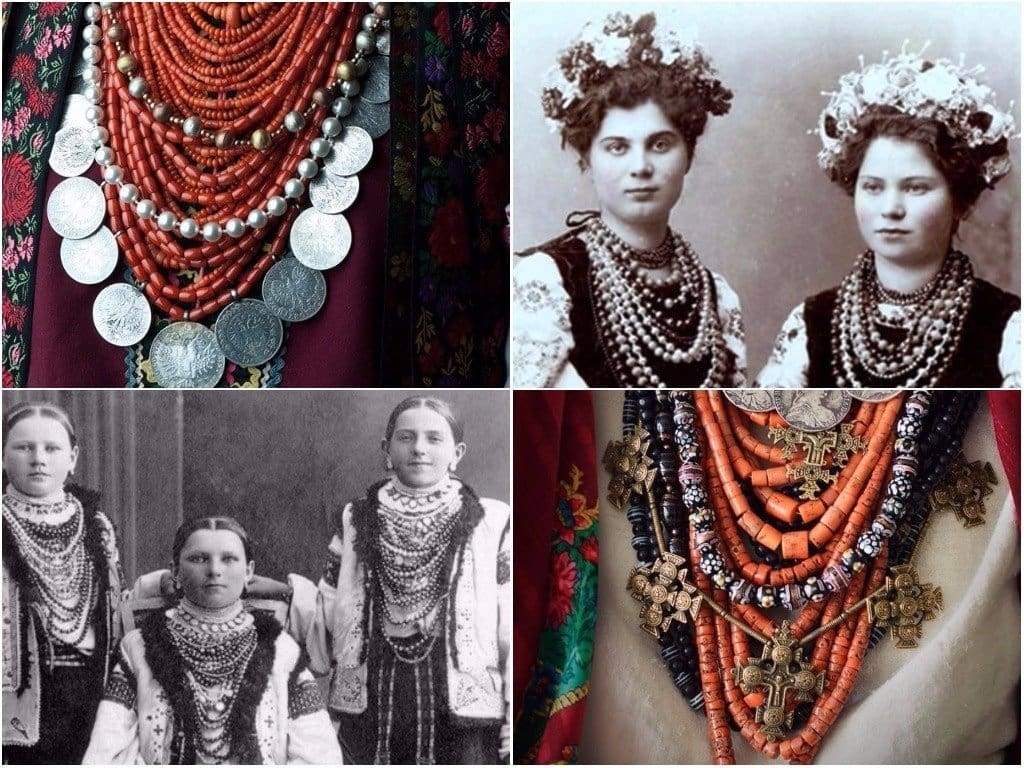 History and Symbolic System of the Necklace

Necklace - one of the most ancient traditional accessories in Ukraine. From ancient times decorations on the neck were performed at once with two functions - decorative and protective.

Ukrainian women have always been very sophisticated, and therefore they followed the fashion and appreciated the jewelry. It was believed that going out without necklace, was the same thing as getting naked. Over time and fashion, the necklace varied in shape, color, and materials. The first jewelry on the neck were series of seeds, grains, and even bivalve mollusks, and later metal, stone and glass necklaces came to their place. With the development of the tradition of wearing jewelry, they began to be made of natural materials - amber, glass, semi-precious stones, pearls. 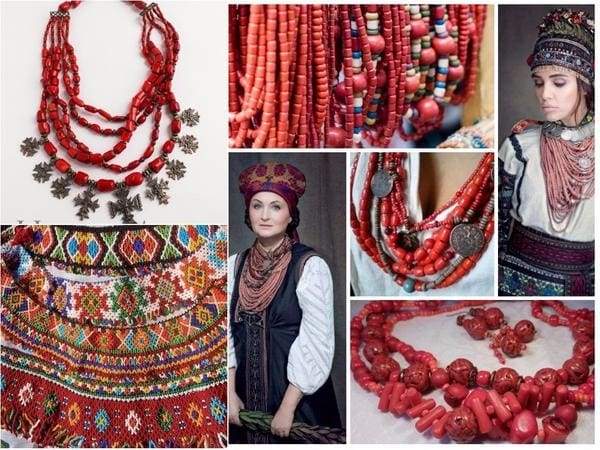 Symbols and meaning of necklace

•    First of all, the necklace was a protection – against evil people and spirits;

•    Red corals were magical, because according to beliefs, the bright shiny beads say that she’s health, while dull or gray coral beads warned about the disease;

•    If we talk about necklace of beads, then the traditional symbol was a geometric rhomb, a triangle with horns around the corners, and zigzags - the symbols of infinity;

•    Also the most common were amber necklace - it was thought that amber improves the complexion and brings health. 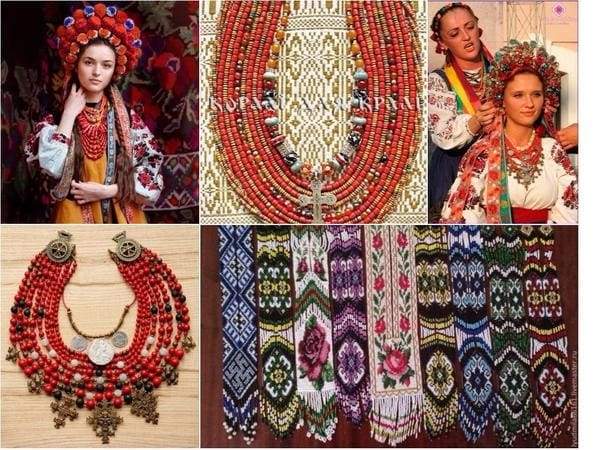 The most common types of Ukrainian beads have always been:

1. “Shelest” is the most archaic jewelry, which almost does not meet today. This is a necklace made of small round metallic bells, which was worn in Hutsulshchyna.

2. “Gerdan” - necklace made of beads in the form of a wide loop, the edges of which are combined and fixed with medallion. Initially, it was male decoration, but later women also started to wear gerdan.

3. “Pletinky” (syluanky) - a beaded necklace, which is tied behind the neck. The name comes from the method of stripping beads on thread – “sylyannya”. Such narrow necklace womens wort as a guard. In Bukovina, such necklace was called “tsyatky”.

4. “Kryzy” - wide circular beaded collars, which covered the neck, shoulders and chest of a woman.

5. “Zgarda” - a necklace, which consists of 2-4 threads with metal crosses. Such a bead was fixed on the neck with two large disks (“chepragy”). There were solar symbols depicted on these discs - concentric circles, rosettes, and wheels with 4-8 knitting needles. 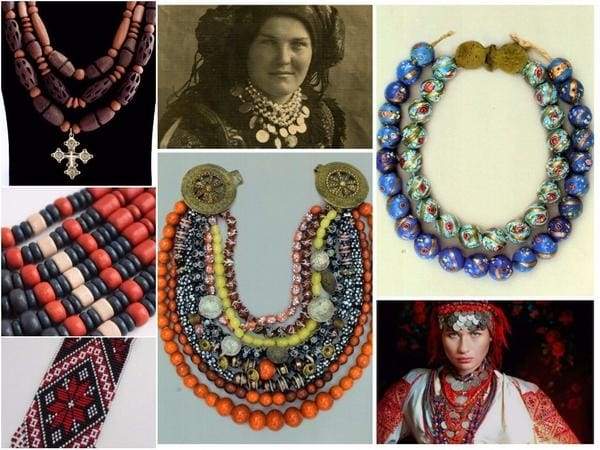 6. Amber necklace - traditional accessories that were worn practically in all regions of Ukraine. Beads of different sizes were cut with a knife and were worn on a long thread.

7. Coral necklace is the most widespread and most refined necklace in the Ukrainian collection. Pink beads with a red or grayish tinge had the shape of a cylinder and were screwed up unevenly - small outside and large inside.

8. “Pazyorky” - the most desirable glass accessories. Such decorations were incredibly expensive, because hand-made beads were transported from Venice.

9. “Dukach” - a metal breastpiece in the form of a coin mixed with stone or glass beads. On the obverse side of the coin were depicted certain scene from the some battle. Dukachi with a biblical plot were also very popular. Another name is lichman.

10. “Salba” - a linen bib, embroidered with coins, such as Turkish or Tatar accessories. Were popular in Bukovina. 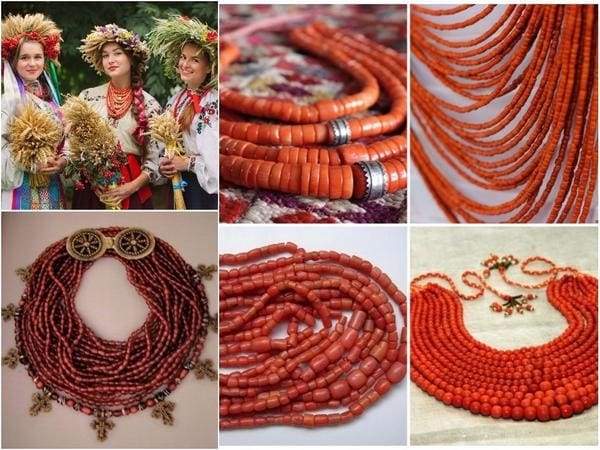 These were the main necklaces in our Ukraine - beautiful, elegant and colorful!