Ukrainian beauty or what did Ukrainian women wear 100 years ago? 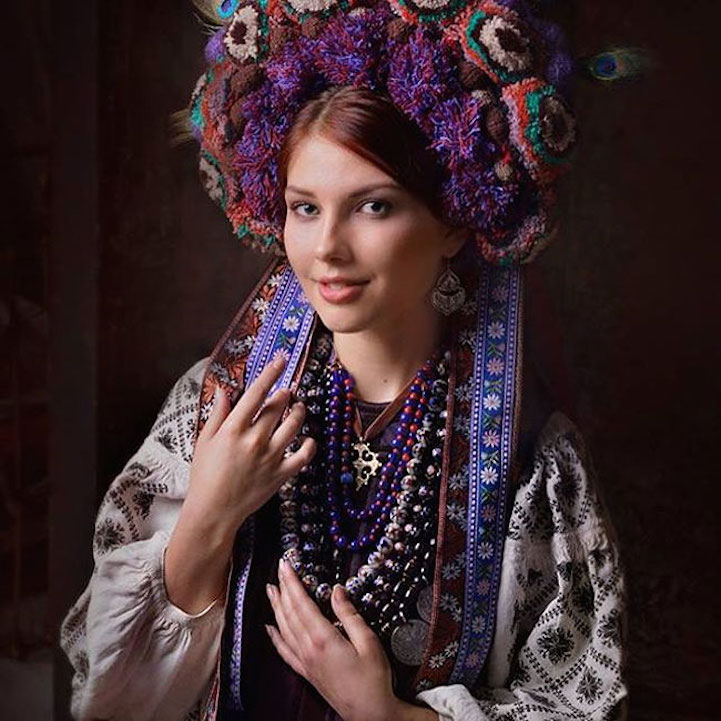 The beauty of Ukrainian women and the identity of the Ukrainian people were described in books, were admired and sung in songs, even were compared with the beauty of Parisians. But do you know how the Ukrainians really looked like a century ago and what do you know about their style? Three Snails team carry out  a research and is willing to share the results.

In the Black Sea region, clothes differed because of ornithomorphic motifs and special polyphony. Women shirts were decorated with decorative sutures and ornaments. Necklace decorations were made mainly of coral. 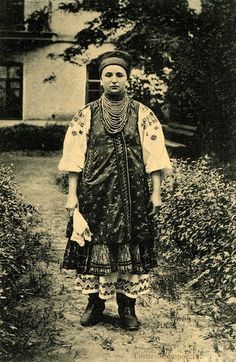 In Cherkassy region and Poltava region, shirts were very diverse. And this is not a surprise, because they were embroidered with threads of different colors and thicknesses. 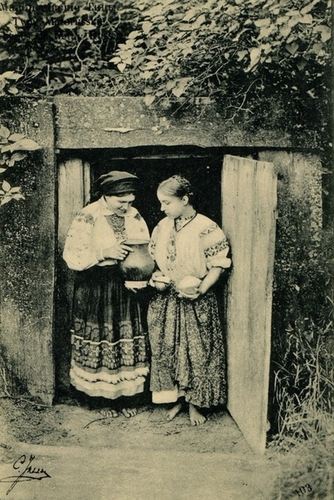 Lemkivshchyna - one of the regions where flower ornaments, embroidered with a flat iron, were perhaps the most popular. White shirts were decorated with geometric stripes. 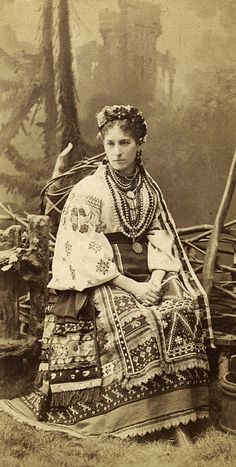 The brightest red and burgundy colors can be seen on Pokuttya shirts. And these were not the only symbols of women clothes. The techniques such as leeks, crosses, forging and volumetric relief seams were popular. 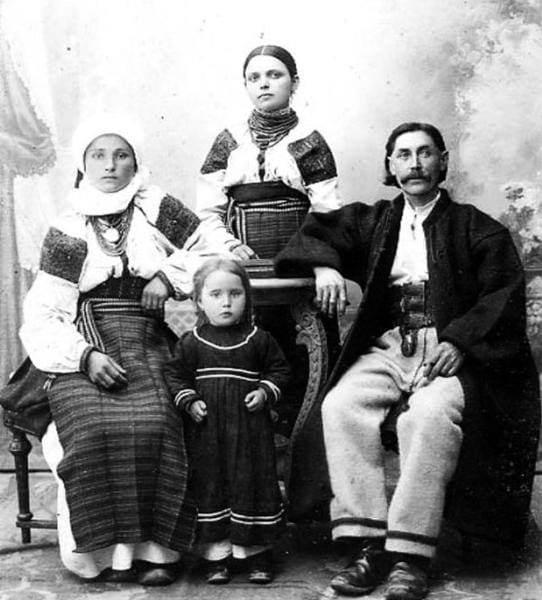 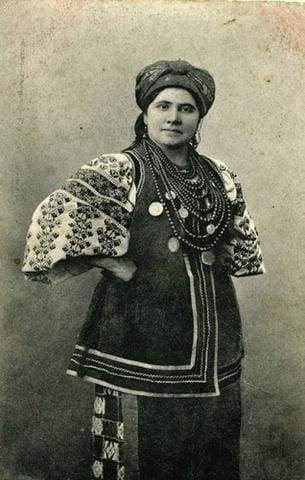 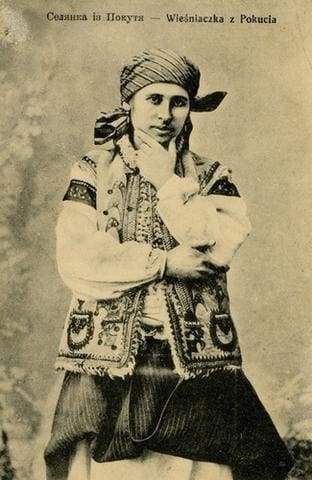 Galicia region was famous for homemade clothes (typical for rural families), because only wealthy people could afford to buy a factory cloth, because it cost a lot of money. If we talk briefly about the style of women clothing in this region, then geometric motifs, combined with floristics, prevail. 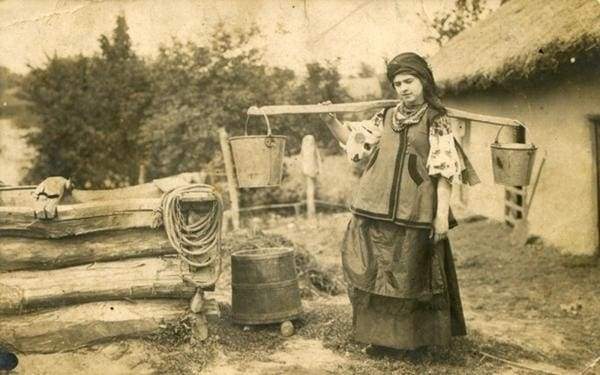 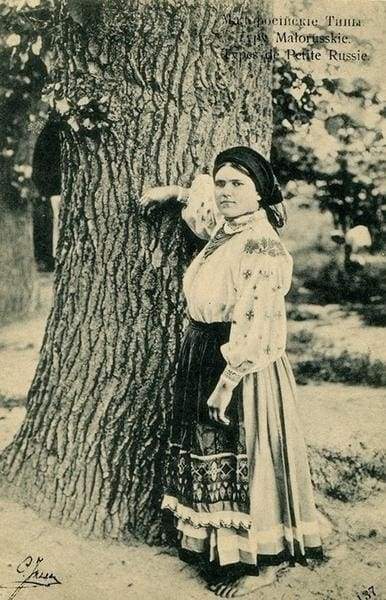 Specific feature of  Hutsuls is their colorfulness and cloth saturation, which is sparkling in everything. The women's array of  Hutsulos was characterized by an elaborate cotton shirt with embroidered sleeves. There are two-tiered spare parts (two rectangular panels that are not interconnected) in the Hutsulshchyna . Hutsul beads are also special. This is a necklace from the crafty crosses, which were fastened on a self-made ride. 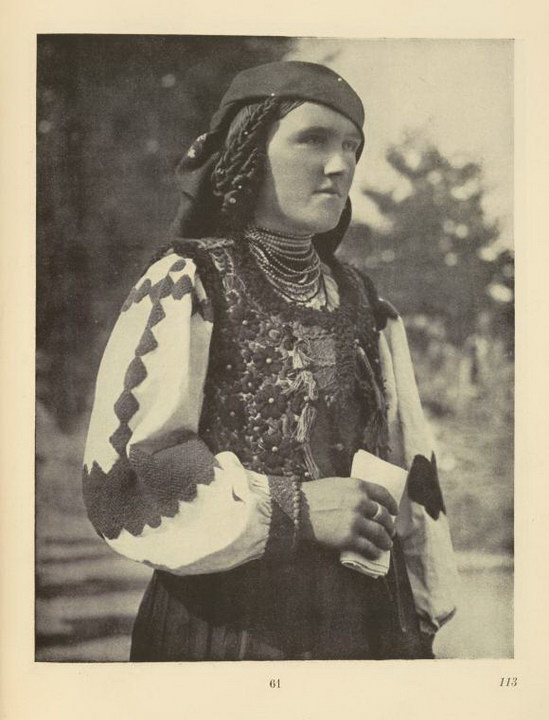 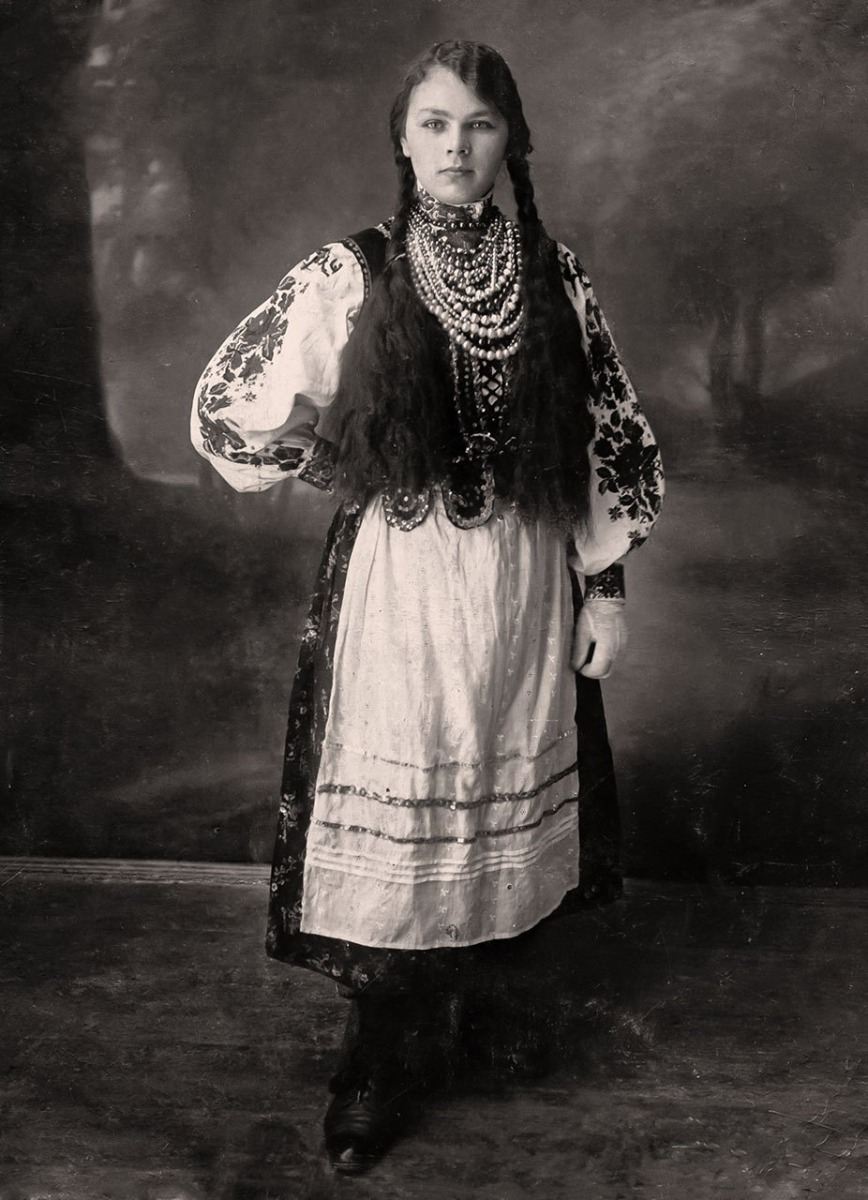 Middle Dnieper is a region of shirts with a wide roar and set points. They used linen yarns in red, white and black. Interestingly, the Ukrainian women's costume of   Middle Dnieper is considered classical. In the period of celebrations people sewed plaque from homemade fabric with carded ornament. 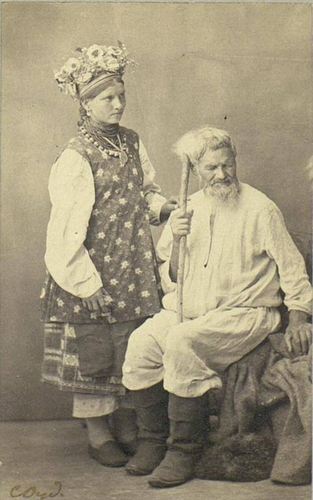 The archaic form of Ukrainian clothing was preserved in Polissya. Girls sewed shirts from traditional linen fabric with the same ornament. Different elements of embroidery were combined: stem, flaky and white linen yarns. 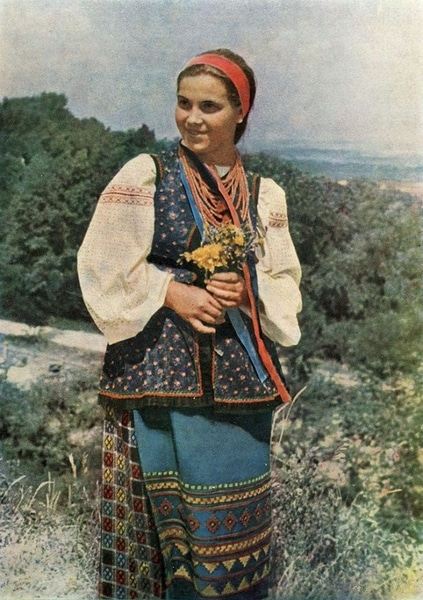 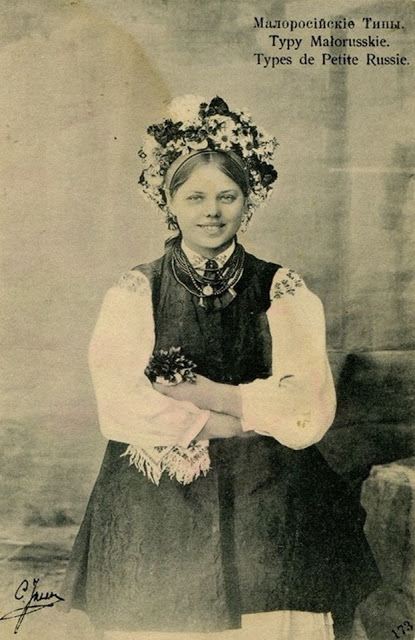 In Vinnytsia shirts were not as colorful as in Hutsulshchyna, but they were subtle and distinguished by the skill of work. Instead of white threads, silver was used, adding black or red. Ornaments were created with "bells" (popular name "pearl"). 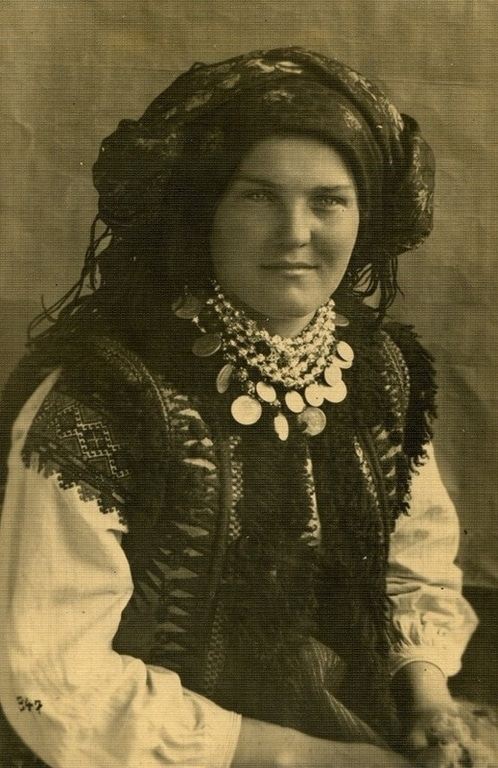 So now you know how Ukrainian women looked like a hundred years ago.What is more, they are still considered the most beautiful in the world. Although their clothes has evolved, the popularity of embroidery and folk ornaments is increasing. 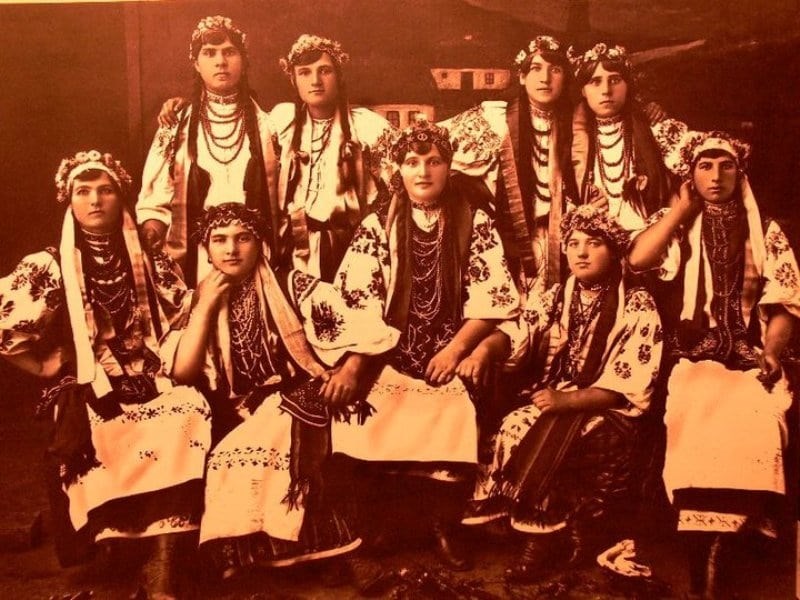 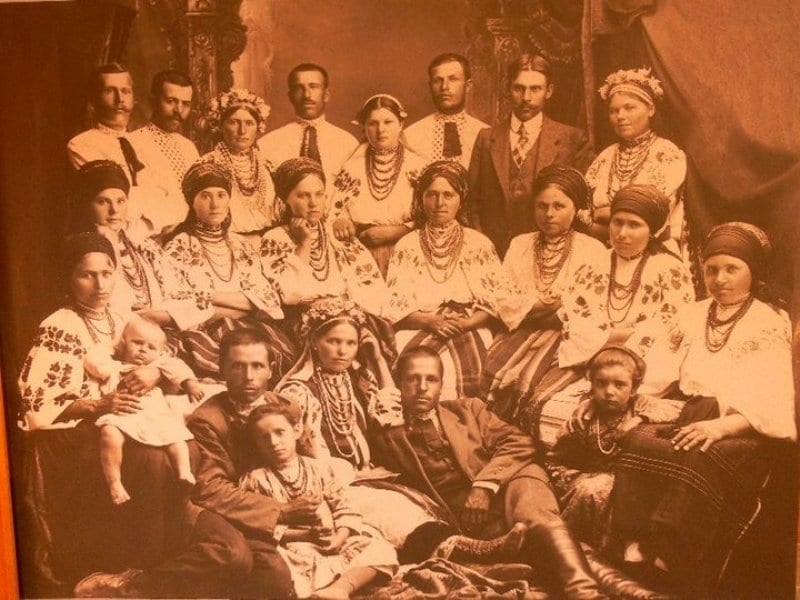