Masala tea: what is it and how to make it 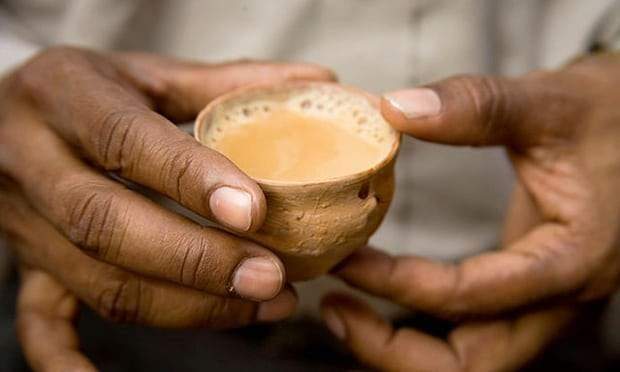 “I have learnt to enjoy a cup of tea. When I used to return home in the evening, warm tenderness of tea filled me up and heated me while the twilight around became thicker and thicker. It often happened that a single cup of tea was enough to ignite friendship between people which perhaps would become friendship to last all life long”.  (P.Bruneton “The Himalaya Hermit”)

They say that India is a very dirty, ignorant and undeveloped country. But nevertheless, there are a lot of things in which the Indians are neater and more progressive than the Europeans. For example, the inhabitants of India take a shower once they wake up, every time when visiting a restroom and once again before going to bed.

Also, the Indians never put “unclean food” to the fridge, implying the products which were not eaten during dinner or breakfast. But most of all, I was impressed by the street tea drinking culture where instead of plastic or paper glasses, they use a one-time cup – the kulhars! 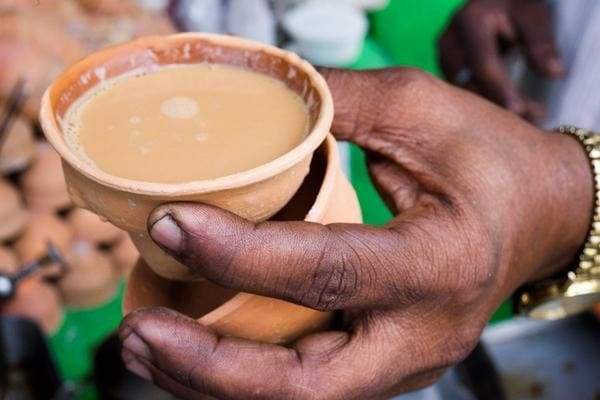 The Indians borrowed the tea culture from the English contributing its flavour and local peculiarities to it. As a result, tea drinking ceremony of the representatives of the highest Indian caste looks even more pompous and impressive than the one on the foggy Albion itself.

Once, only the representatives of the highest caste could afford tea. By the way, the tradition of one-time clay cups comes from here – an Indian who belonged to the highest caste would never take into his hands anything lower that was characteristic of his caste.

Unlike the English who recognize only several classic sorts and ways to make tea, the Indians practice quite a huge number of options to brew tea beverage.

Tea is quite often boiled for a long time, served with sugar, lots of spices, with cow or ox milk.

Masala chai recipe: what you need for a perfect cup of tea

Actually, masala is a set of spices. That is, “masala tea” is a set of spices for Indian tea with milk. The amount of water and spices can vary as there is no fixed combination but there are basic herbs which are traditionally used for this drink. As a rule, masala tea includes “warm” spices – for example, cardamom, ginger, cinnamon, cloves, black pepper, and fennel seeds. Usually, cardamom dominates and is enhanced with cloves. Fresh ginger would be ok Instead of dried one as well. Other possible ingredients for tea masala are nutmeg, licorice root, saffron, almost, rose petals. 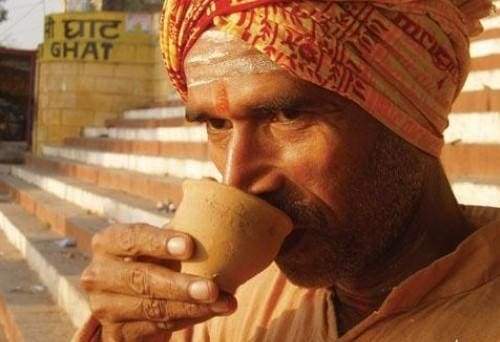 You may also substitute any spices to your liking – for example, you can take nutmeg instead of cloves, and saffron instead of cinnamon. One can prepare the herbs for Indian spiced tea oneself or purchase them in special shops as a powder. They say, that strong-brewed tea is able to overcome the sensation of hunger or thirst. In larger amounts, nutmeg in it is refreshing, and it replaces coffee in the morning easily. Drinking masala tea also regulates digestion, boosts the immune system, helps to recover from colds and simply contributes to a good mood.

How to make masala tea: simple but significant steps

• Grind all spices properly, for example in a coffee mill. It is not necessary to peel cardamom off but is enough to grind it

• Grate ginger. If you don’t have fresh ginger, use dried one as a powder

• Rinse a pot with cold water not to burn milk

• Add all spices and ginger

• Once the mixture will turn creamy, take the pot off the fire, cover it thoroughly and infuse it for 5 minutes

• Filter the drink to cups 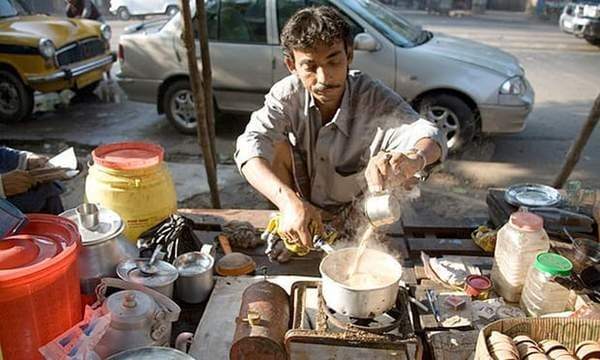 Indian masala tea: is it all about spices?

When I returned home, I tried to make masala tea at home. Even though the tea tasted practically the same as in India, somehow my family did not get too excited about it. Maybe because it was boiled in an enameled pot and was served on the third floor of a Kiev apartment in a ceramic cup?..

We thought it over and made quite a confident conclusion that it was not about tea itself. The thing was that there was no Indian flavor, all those clay cups, smiling vendors and crowded streets where it was so easy to get lost and become happy.

At some point of our life, the desire to drink true Indian spiced tea will become so strong that we will be able to do nothing about it. Then we will book a flight again and dive in the culture of the Indian civilization, most ancient and wonderful.

To get inspired, amazed and to recharge our inner batteries.