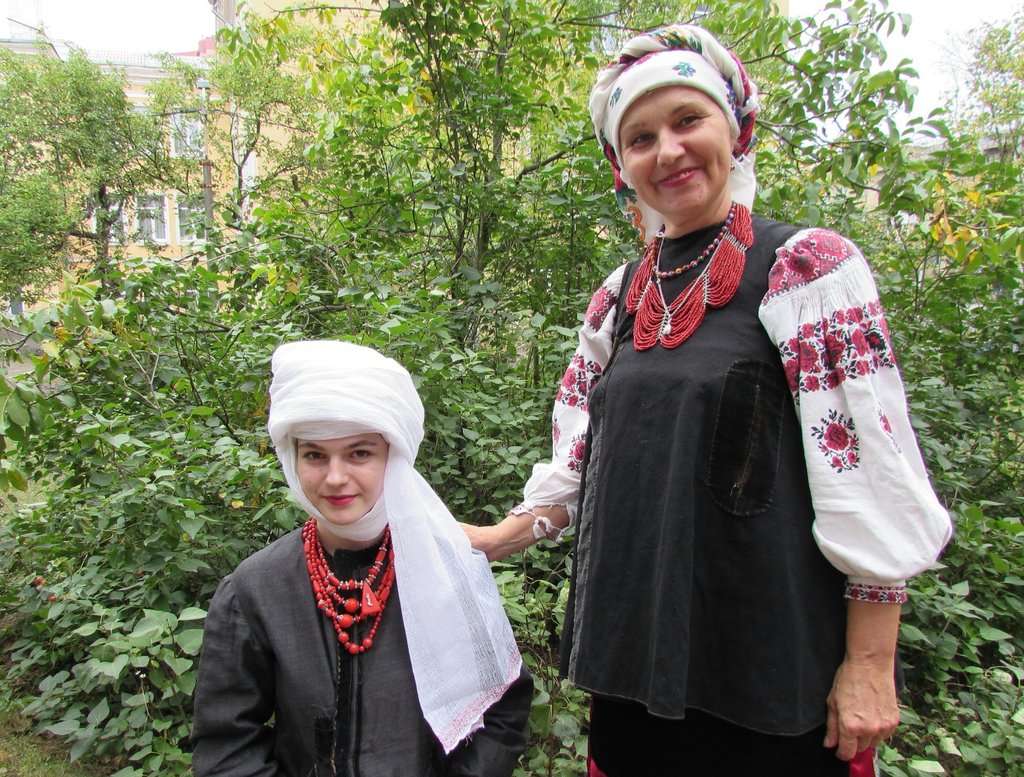 Jerykha was wearing a dark homemade linen skirt and shirt made of thick cloth; her head was covered with namitka. Namitka seemed to shine so that her high ochipok with red big flowers on the yellow-orange background was easily seen through its transparency.

*Namitka is a wimple, an ancient form of female headdress.

** Ochipok is a married woman’s headdress as part of traditional Ukrainian folk dress.

In this way Ivan Nechui-Levytskyi describes Ukrainian woman in his story “Mykola Dzheria”.

More than 200 years ago Ukrainian girls richly decorated their heads with flowers and ribbons. While women covered their hair completely, so that this tradition has got its reflection in present day wedding celebration. 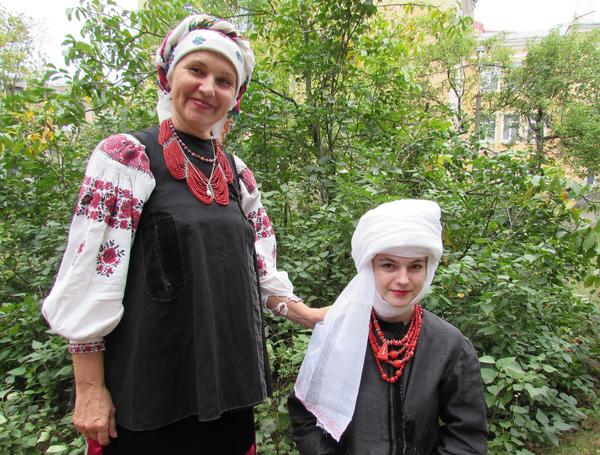 The first time I saw the tradition of the bride’s head covering with a headscarf happened at my friend’s wedding in Cherkashchyna region. The mother-in-law and the elderly women while singing wedding ceremony songs, took off the bridal veil and symbolically covered her head with the khustka.

With the manufactory development headscarf appeared on the territory of Ukraine in the XIXth at the beginning of the XX century. Thus it cost a fortune. That was the reason for Ukrainian women to turn to the homespun namitka.

First they were depicted on miniatures in the XV century. In the written sources the term was mentioned under the year 1565 in Lviv City Book.

In the XVII century the most common name for this headgear was a serpanok.

However, namitka and serpanok differed in material. Namitka was made of thick linen cloth when serpanok was very thin and almost transparent.

Soon namitka became known throughout the whole territory of Ukraine. It was woven only from the best varieties of flax at home.

Thus with time it vanished almost in all parts of Ukraine. Only some examples could be still found in Volyn’ in the old women skrynia.

Numerous times I have heard my friends to complain that a headscarf doesn’t suit them. And one day I decided to study different ways to tie namitka and khustka.

I was surprised to know that they were placed on the head in the strict order. The first was kibalka, than ochipok and finally khustka or namitka.

It is not easy to cover head with all these still in ancient times a woman must cope with it on her own.

I find inspiration in M. Pymonenko painting called “Easter in Malorosia”, 1891. It is a total pleasure to examine it for hours looking at the every detail of Ukrainian women headdresses.

At the time in the books various ways could be found I do love one of them (when you pass namitka cloth under the chin). It was kind of a plastic surgery to hide some aging facial changes. 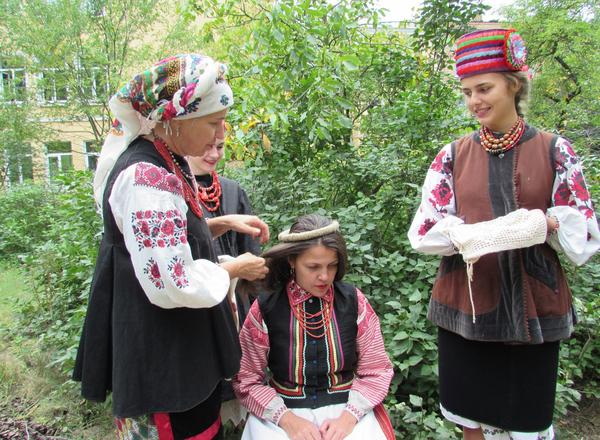 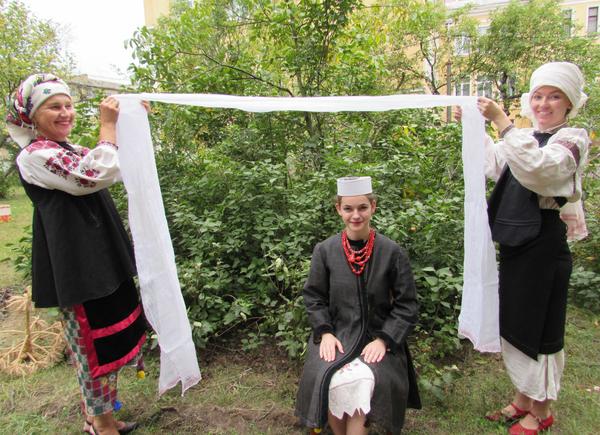 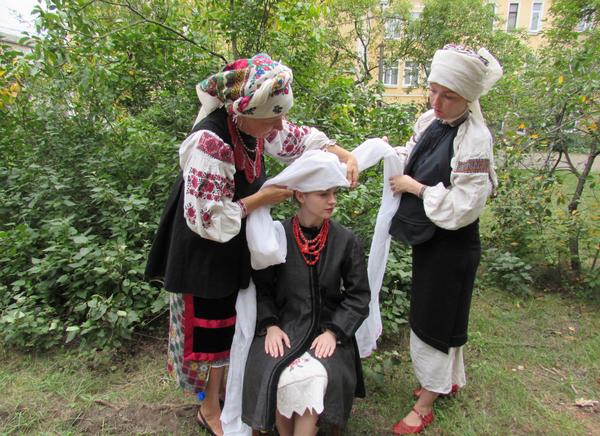 Hold namitka cloth to make line about 20 cm and it should be divided into 2 parts, 1 / 3. Start with the shorter part and turn it around the head then go under the chin and put the shorter part on the shoulder. The longer part I also place around the head minding every layer to be smooth and not dwindled and finally fix the end of the cloth at the back of the head.

You can enjoy the process from our namitka master class.